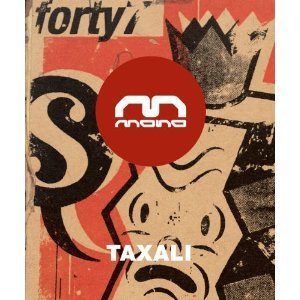 Did your parents recommend you spend time with the more respectable art publications instead? Then let Mono Taxali whisk away all such foolish notions! Flip open this book and see for yourself how the brilliant Gary Taxali defied all the rules. --Monte Beauchamp / BlabworldAbout the AuthorGary Taxali is an award-winning illustrator whose work has appeared in many major magazines.

He has exhibited in many galleries and museums throughout North America and Europe including The Jonathan LeVine Gallery. In 2005, he launched his first vinyl toy, The Toy Monkey, which included a special edition along with a silkscreen print commissioned by The Whitney Museum of American Art in New York City. This led Gary to create his own toy company, Chump Toys, which recently saw the release of his OH NO and OH OH vinyl figures.

Aside from his gallery shows and illustration work, Gary also devotes a portion of his time teaching and lecturing at various arts organizations and schools such as OCAD University (Toronto, Canada), The Art Directors Club of Houston (Houston, USA), Dankmarks Designskole (Copenhagen, Denmark) and Istituto Europeo Di Design (Rome, Italy) . He is a Founding Member of IPA (The Illustrators Partnership of America) and sits on the Advisory Board of 3x3: The Magazine of Contemporary Illustration.

Gary has also juried many student and professional competitions including The Society of Illustrators, The National Magazine Awards, The Dallas Society of Visual Communications and 3x3: The Magazine of Contemporary Illustration. Gary created the cover art and inside illustrations for Aimee Mann latest album, which won a 2009 Grammy Award Nomination for Best Package Design.