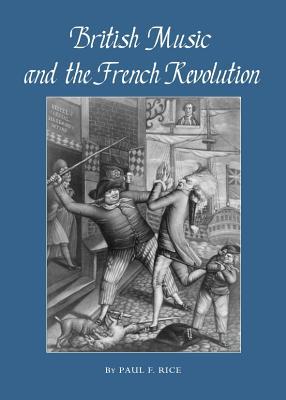 British Music and the French Revolution investigates the nature of British musical responses to the cataclysmic political events unfolding in France during the period of 1789-1795, a time when republican and royalist agendas were in conflict in both nations. While the parallel demands for social and political change resulted from different stimuli, and were resolved very differently, the 1790s proved to be a defining period for each country. In Britain, the combination of a protracted period of Tory conservatism, and the strong spirit of patriotism which swept the nation, had a profound influence on the arts.

There was an outpouring of concert and theatrical music dealing with the French Revolution and the subsequent war with France. While patriotic songs might be expected when a country is at war, the number of recreations on the London stages of events taking place on the Continent may surprise. Initially, such topical subjects were restricted to the summer or minor theatres- however, government restrictions were relaxed after 1793, giving Londoners the opportunity to see topical theatre in the royal or patent theatres, as well.

The resulting repertoire of plays and recreations (often propagandist in nature) made considerable use of music, and those performed in the minor theatres were all-sung. Consequently, there exists a large repertoire of music which has been little studied. British Music and the French Revolution investigates this repertoire within a social and political context.

Initial chapters examine the historical relationship between France and Britain from a musical perspective, the powerful symbols of national identity in both countries, and the complex laws that governed commercial theatres in London.

Thereafter, the materials are presented in a chronological fashion, starting with the fall of the Bastille in 1789, and the Fete de la Federation in 1790. The period of the Captivity was one of growing tension and fear in both France and Britain as war became an ever-increasing threat between the two nations. Two subsequent chapters examine the war years of 1793 until first half of 1795. The choice of a five-year period allows the reader to follow British musical reactions to the fall of the Bastille and subsequent events up to the rise of Napoleon.

Comments
Comments for "British Music and the French Revolution":